Welcome everyone to the ProLeague INT. 2 pre-season check-in. A new FIFA, a new season and a new 3-league system! In this article we will give a prediction on how we expect the teams to perform, what we think the final standings will look like, some players to watch out for and help you get introduced to many new and old teams.

To some, Fluidity might ring a bell from its former life in FIFA 19. This time, they’re back and with a whole new team. With former managerial experience under the name of Tempo. In which JogaGank and -Skadooku- finished in a 2nd place in season 20 clinching promotion for their side. They will look to do the same this upcoming season.This time with the help of EQ-KingLillsey in management. The squad consists of mostly English players and former players of SimpleX. On top of that, most of the team played and performed well in season 21 in League ONE and INT. 1, the team will accept no less than a 1st place finish in INT. 2. But they will have to deal with some tough opposition. It will be interesting to follow Fluidity this upcoming season. Some key players include, but aren’t limited to: EQ-DasBigMoon, Niiroohh and EQ-KingLillsey

The new, mostly Dutch team ETHEREAL will look to build upon their success in the recent play-offs held for the Europa/Champions League in which they managed to beat Las Estrellas in an exciting final, claiming a Champions League spot. Just like Fluidity, ETHEREAL will expect no less than to claim a promotion spot to INT. 1 next season. With former players from Legacy, REVIVAL and various other quality teams in the past. Concerns over quality don’t need to be made. With a fair amount of players struggling to settle with clubs the past season. ETHEREAL will hope to stabilize and push on to fight with Fluidity for the title in INT. 2.Some key players to look out for are eT-Beunhaas, eT-BassXiM and eT-TristanBaplap.

Another new team will be joining INT. 2 this season. After a less successful attempt at managing last season under the name of MGFC eSport, AUK-Alex, better known as Danyh, is back in management. The Frenchman has collected plenty of individually qualitative players around him combined with long time friends. ThunderAuk will look to aim high this upcoming season. After a less successful EL/CL play-offs run in which they lost in knockouts to ETHEREAL and Solarize FC. ThunderAuk will look to come back strong and show their worth. The team consisting of mostly French and English players are by no means an easy side to beat. Having help from experienced PS4 players with plenty of prices in their trophy cabinets alongside familiar faces with experience in INT. 1, the new side will look to claim their promotion spot this season. Players to look out for are RedhaDelRey, AUK-ElBabu and AUK-Alex.

After initially joining AUK-Alex in managing ThunderAuk. The former BoyZ N the Hood player Ninja-McLolski decided to branch off and aim for success under his own banner. The Russian manager has managed to collect an impressive 20 players in his squad. The squad consists of players with very diverse nationalities and experiences in leagues ranging from France, Germany. Russia and PL INT. The new side won't cut short on quality and determination to fight for a top spot. I predict them to finish just below a promotion place, but Ninja Turtles is by no means a team to look past. It does seem that some of their better players haven’t been in the game recently. If Ninja-McLolski manages to patch them up and get them back to their old level. Ninja Turtles can beat anyone and will be a side to approach carefully. Some of their better players are: Ninja-Backana, Ninja-KillaZx and Ninja-Rubinho.

Welcome back Lazarski Rejon. Formerly under the name Provocateurs. These guys never give up. After a turbulent history with many disbands, fusing with other clubs and rejoining back. The polish side is back once again. This time without former key players Haku and Legiunia. The Polish team still looks good on paper and will look to come back strong, this time 1 division lower than before. The team has plenty of INT. 1 experience and will hope they can bring the best out of their team. Compared to the teams in top 4, I predict there will be a slight gap jumping from 5th to 4th place as I believe Lazarski Rejon won't have the quality to keep up in the promotion race for the long term. It will be interesting to see what the Polish side can do this season. Some of their better players are L7-Szpila, BartoooJestem and L20-Kloczilla.

After an impressive run in the Turkish league last season missing out on the title by just a single point to Never Enough. The Turkish side formerly known as Legacy United will hope to achieve similar success in a new league. A tough loss for the team is that they lost their top scorer BS-Ronaldinho80 but will hope they got plenty of quality in return to take his spot. With players coming in from the disbanded Unshackled. Khalkedon will be a tough opponent to play now that they have players with experience in INT. 1 and coming off a narrow 1-point miss of the Turkish championship. Unfortunately for them I predict the teams above Khalkedon have more quality in their squads but let’s see if they can prove me wrong. Some strong players to keep an eye out for are Red_Saman-KHA and Ravi-KHA.

A new Romanian side formed out of former Juventus Bucuresti players has arrived. The team with a little bit of experience at the top flight of INT. 1 will hope to push for the top half of the table. Unfortunately for them it seems some of their players didn’t have the quality to cut it at the highest level. The Romanians will perhaps look to acquire some more players approaching the season’s start. With only 13 members currently in the squad, it may prove to be a tough season for Queen if they don’t manage to fill in the blanks. From their small squad, I see Q8-PainMeister and Q13-Benzema as their absolute best players. Let’s hope for Queen they can help them push towards being the best of the rest in the upper half of the table.

Allianz EA sport is back from a 1 season hiatus and will look to build upon their last season in ProLeague. Despite finishing in solid 3rd place in season 20 of INT. 2.The French side seems to have lost most of their core players from that season as it stands now. On top of that the French team currently occupy a disappointing 15th place in the VPL Premiership. The side will aim to strengthen up to their old level and build towards a stronger team. Some of their better players are Az-Thomiz59 and Az-PredaSpace. I predict them to finish in the lower section of the midtable.

This one goes way back, ONE DAY has returned to ProLeague. The season 14 champions of INT. 1 will look to battle it out in INT. 2 this time. After their season 15 disband, not much seems left from the team that once was. The former champions seem to lack quality and quantity ahead of this upcoming season. With some old names still in the squad from the club’s former life, it is uncertain how many players ONE DAY has left to field. But based on their performances in the EL/CL play-offs in which they managed to finish 4th in a group of 5. It seems there’s still work left to be done. Let’s see how the former giant performs and perhaps they can surprise us all. Their best players are Ergin-1DAY and Onur-1DAY.

The polish side previously active in INT, 1 has dropped a tier since the last season and will look to prove their opposition why they still got it. With top 4 finishes in INT. 1 in the early life of the team. Tsunami has seemed to drop off little by little season after season. With a massive squad consisting of 25 players. There’s still some quality left in the longstanding side. The manager Zielu87_PL scores plenty of goals for his own team, let’s hope he can carry them to a better finish than I expect them to. It will be a tough call, but I believe Tsunami will lose a close battle against relegation in the bottom half of the table.

More Polish teams! Offside crew is a familiar name in INT. 2. The Polish just barely missed out on promotion last season by finishing in 3rd place behind Fake Shot. Unfortunately, most of the team from last season seemed to have gone their own way. Having to do with less quality and less experience in the team. I predict, despite the team being active in the IPPC Champions League this season, to finish at an 11th place. I see the manager OFC-DjCraig95 as their standout player.

This name has hung around for a while, Paramount will come to play their 3rd consecutive season in INT. 2. Despite the longevity of the club and slowly climbing the ranks the past 2 seasons. I predict Paramount to finish in last place. The team has found itself in a much stronger league than ever before and has seemed to struggle fielding full teams the past 2 seasons which I believe they will definitely need ahead of this season. With only 5 accepted player licenses currently in the squad. The total of 23 squad members seem to be mostly inactive. If Paramount manages to snatch up some more players and continue building like the past 2 seasons. They might have a chance to avoid a last place finish. Their best player and seemingly the only real goal scoring threat is LiorSuissa.

We are excited to see what will happen this season. The 2nd division of INT has never been so strong so it will be interesting to follow the title race and the tough battle for relegation alongside plenty of solid teams in midtable! I will check-in about halfway into the season with another article to see how the teams are doing. Thank you for reading, and good luck! 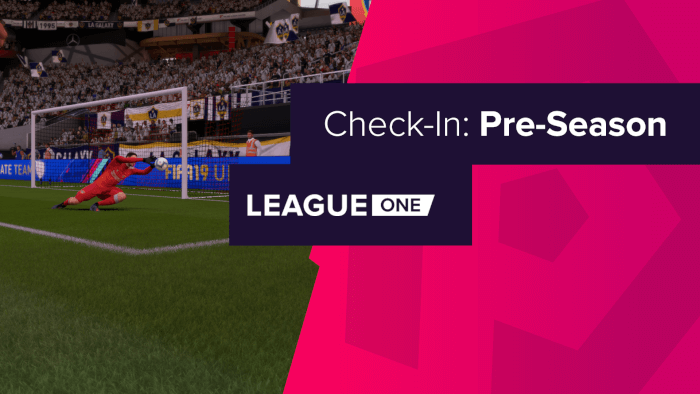 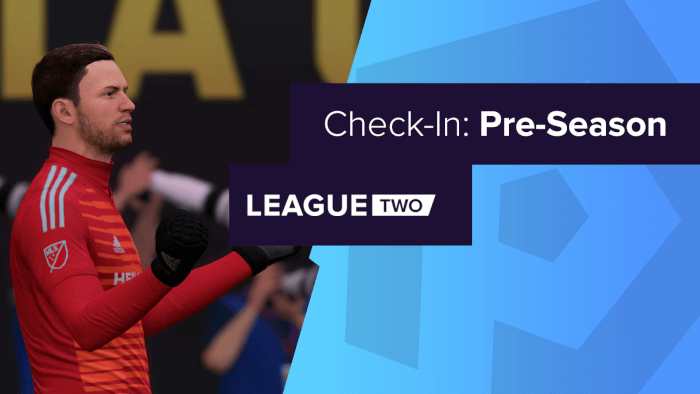 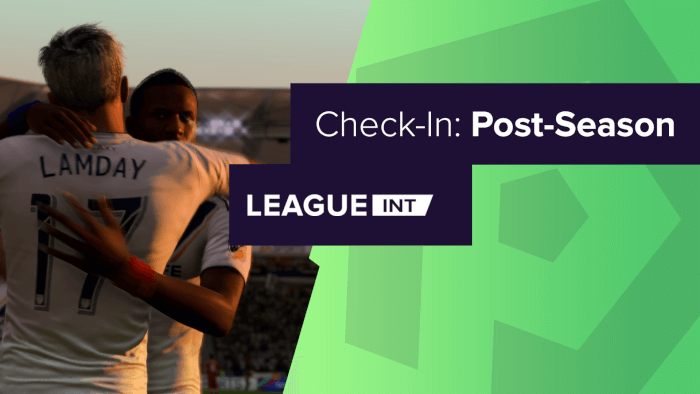 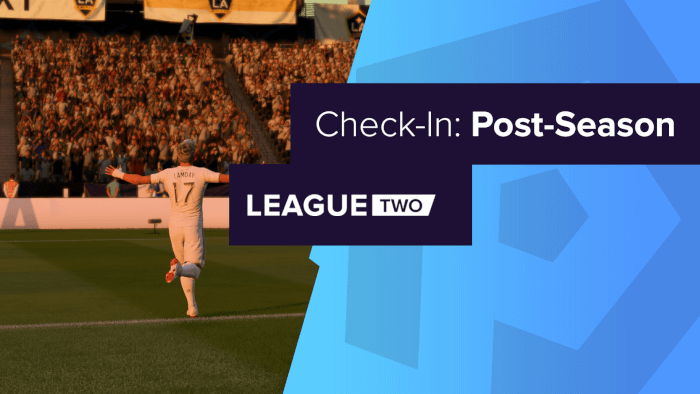 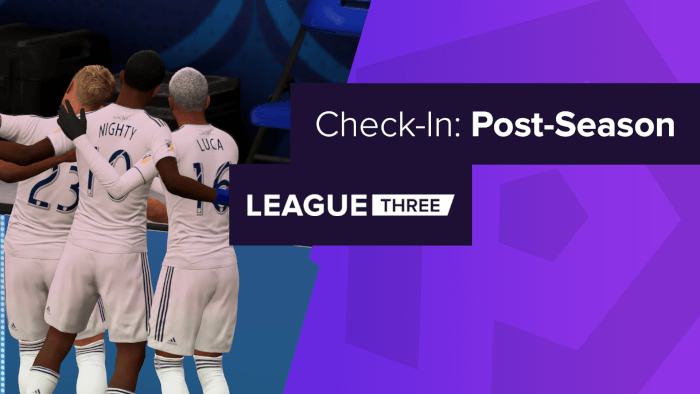 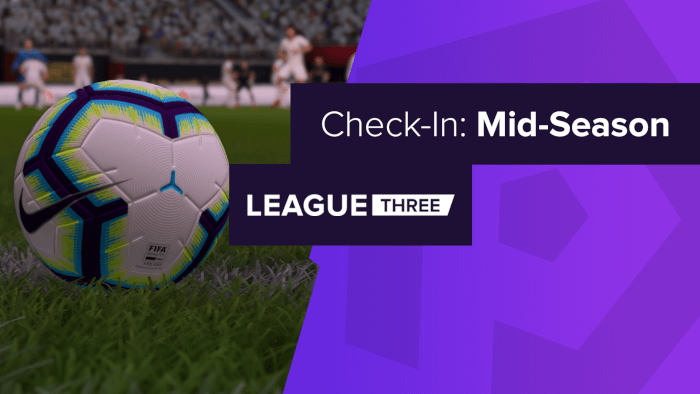