History
FC Cadre was formed 3 days before season 24 on a whim by Rory, Patty and Steez. We were all involved in a fun club called Kings of Nothing but after the decision not to enter ProLeague for another season, Rory decided to create a new team a few days before the season started and be a bit more serious. We recruited a team as quickly as possible and tried to recruit during our first season which resulted in a promotion. The badge was created with a mixture of our supported teams. The 🛡️ shield is inspired by Portsmouth FC, the 🦊 fox is inspired by Leicester City and the 🦁 lion is inspired by Rangers FC. The 📖 definition of Cadre is a small group of people specially trained for a particular purpose. 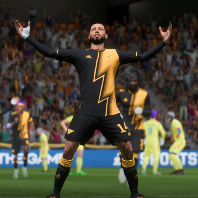